Because your dog will not stay a puppy forever, you should consider the mature dimensions of any breed you may want to introduce into your house.

Although this dog breed isn’t the largest, they nevertheless need enough room to live a full life.

Rhodesian Ridgebacks were raised in Africa to hunt lions and guard homes. Their hunting prowess was an added bonus to their stunning beauty.

If you properly care for a Ridgeback, his forceful and strong-willed temperament will inspire genuine devotion and love in the people with whom he has a relationship.

They are muscular, robust hounds with symmetrical features and a balanced stance.

The Ridgeback Hound’s body is longer than it is tall, yet this gives it a rugged appearance.

If you have just recently heard of this breed and are looking for a Rhodesian Ridgeback growth chart, you should be able to find the answer to that question and more here.

When Do Rhodesian Ridgebacks Stop Growing?

The Rhodesian Ridgeback, like other big dog breeds, matures at 18 months of age.

However, female dogs, as well as smaller male dogs may reach maturity at 14 months of age. 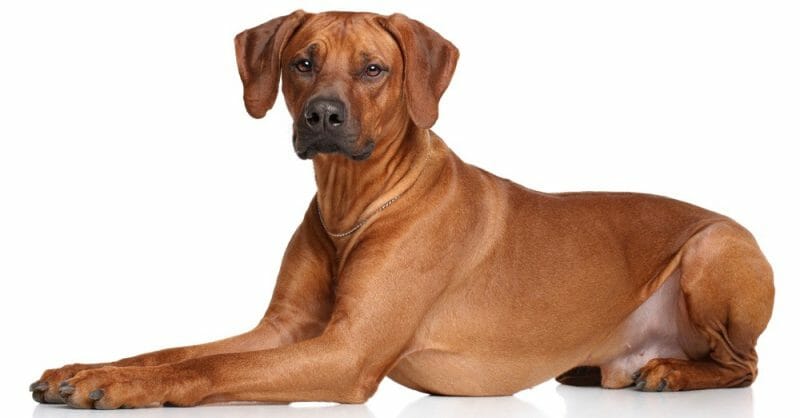 If you ask the breeder, they ought to be able to give you a better idea of whether or not your puppy will be on the smaller or bigger side of the average.

Much of this comes straight from previous generations.

Although Rhodesian Ridgebacks aren’t now among the most sought-after family pets, that’s sure to change as word spreads about how wonderful they are.

People who are physically active and willing to put in the first effort with the puppy will be rewarded with a lovely companion.

This seldom causes problems for your dog, but it may be a special case.

If your Rhodesian Ridgeback puppy’s weight is much lower than the values given, you should check his health. It may be a case where he might be too tiny, causing health difficulties.

If the Rhodesian Ridgeback puppy is heavier than expected, don’t worry.

To utilize the table, weigh your pup and determine his age. Monitor your puppy’s development and where it falls in comparison to the norms at each age-marker.

If it’s overweight or underweight, you might have to change its food or activity program. 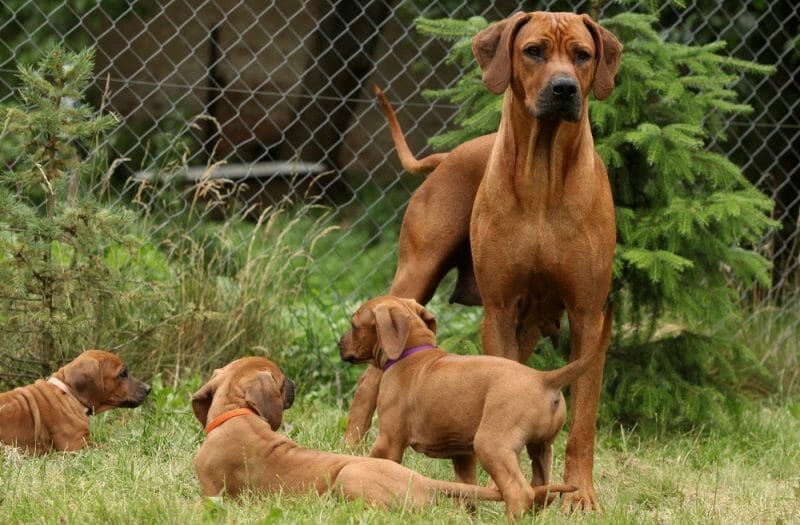 Your Rhodesian Ridgeback puppies are at a stage when they still need the care, warmth, and nourishment of their mother.

Although they lack the ability to hear or see, they have intact olfactory, and gustatory, senses.

The bulk of this time will be spent with the mother, where the puppies will nurse and sleep to build essential strength.

Their lack of muscular development also makes it difficult for them to move about.

Your Rhodesian Ridgeback’s eyes will open, and his hearing will begin to develop at this age.

It’s possible that your Rhodesian Ridgeback may even have muscles strong enough to be used for standing on their own.

As he barks, jumps, and plays with the rest of the litter, he will stimulate the growth of his teeth and experience the delight of physical exercise.

He’ll have to do a lot of looking about as he tries to find his way around his new environment. As he grows up, he’ll have better control of his bowels and bladder.

The more time he has to run around and play, the better his muscle coordination will get.

Adult teeth are beginning to grow at this time, so it’s important for your puppy to practice good dental hygiene. Get some chew toys for your dog. 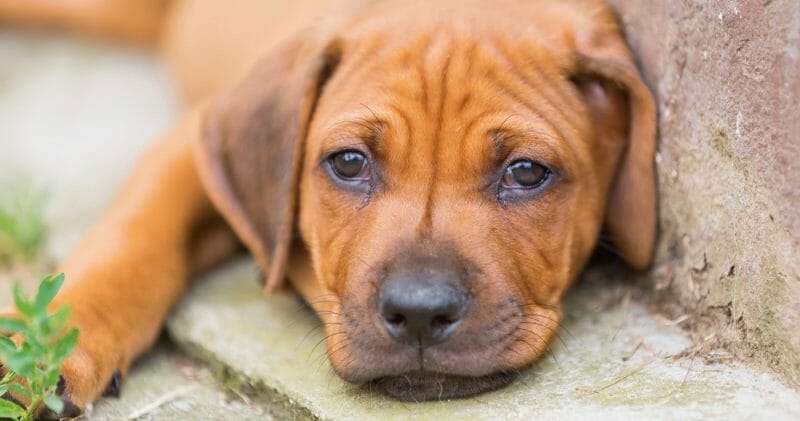 As a result, less valuable goods will be at risk of being destroyed in his close area.

It is important to quickly become the dominant figure in your puppy’s life. To do this, you’ll need to dedicate substantial time.

When your puppy reaches sexual maturity, he will likely undergo significant behavioral changes.

Hormonal changes may be difficult for your Rhodesian Ridgeback, and they’ll be different for males and females.

The opposite is true for male dogs, who engage in sexual behavior throughout the year.

It’s not shocking that Rhodesian Ridgebacks need around 18 months to achieve maturity since they’re a bigger dog breed.

Even as adults, they may maintain a high level of activity and even a sense of playfulness.

It’s still important that kids have plenty to eat and get enough of exercise so that they grow up with healthy muscles and bones.

How Big Do Rhodesian Ridgebacks Get?

Female equivalents are 24 – 26 inches tall and weigh 70 pounds.  Rhodesian Ridgeback pups develop quickly since they are known to spend only a brief time as a pup.

Rhodesian Ridgeback pups are 10 pounds at 2 months old and will reach 30 to 40 pounds in two more months.

After then, he may double in size. A Rhodesian Ridgeback’s body handles all this development with adequate diet from his owner.

Physique and skeletal type may vary even within breed. Dog owners extrapolate based on the breed’s average weight and age. A Rhodesian Ridgeback weight chart might aid dog owners.

Bigger paws may signal that a Rhodesian Ridgeback will grow larger because they usually grow into their paws and head.

Finally, a DNA test can forecast the dog’s size more accurately. This test examines the dog’s genes to predict its size.

Female Rhodesian Ridgebacks tend to be smaller than their male counterparts, averaging 70 pounds in weight and 25 inches in height.

Male Rhodesian Ridgebacks, on the other hand, tend to be a little larger, at around 26 inches tall and 85 pounds.

For someone who weighs 10 pounds to start, this is quite the achievement in only a single year.

This dog may be a pain since his weight has to be monitored often and his nutrition adjusted on the fly if necessary. It’s not easy to keep up with everything.

Throughout his development, you will need to use a measuring tape to measure the height at the withers (the highest point at the shoulder).

Allow your dog to stand up straight and stay still against a wall and drape a measuring tape floor to the withers and record this height.

Will Neutering/Spaying My Rhodesian Ridgeback Affect His Growth?

Neutering or spaying may impact your Rhodesian Ridgeback’s growth. Do not neuter or spay before 18 months.

However, neutering seldom affects muscle mass or body size in most dogs but there is no way to know for sure since each dog is different. 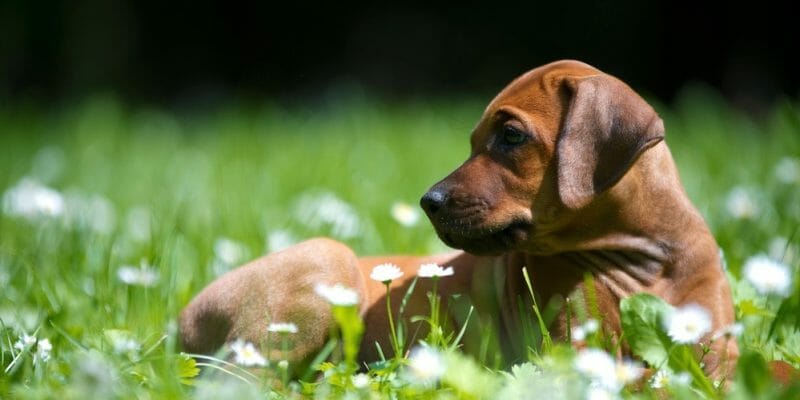 Spaying or neutering a dog is done to avoid unwanted pregnancies and health concerns, not to regulate their size or weight.

The practice may have a modest influence on a Rhodesian Ridgeback’s development, but it’s unlikely to be substantial and shouldn’t be a key worry.

Both the Rhodesian Ridgeback and Vizsla are huge dog breeds, however, their sizes vary.

Rhodesian Ridgeback males weigh 15-25 pounds heavier and are 3-4 inches higher at the shoulder. Both breeds are robust and athletic. 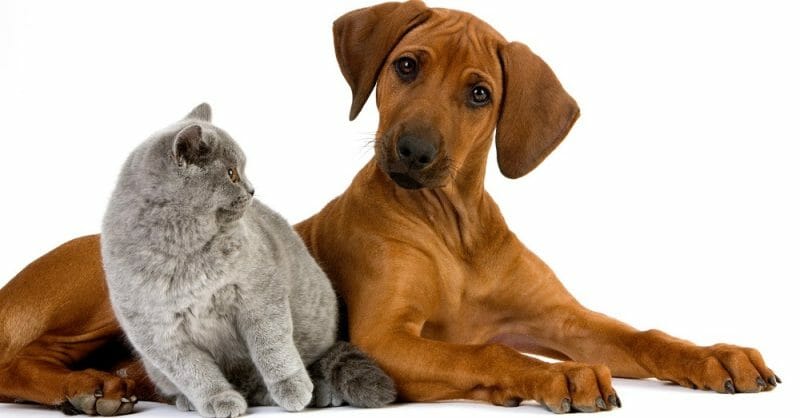 As with every bodily function, genes affect weight gain and growth rate.

They also play a function in appearance and other aspects including genetic health concerns, hereditary sickness, and similar.

Given the Ridgeback’s fast increase in height and weight, a lot may go awry depending on his bloodlines.  If anything appears off, contact your vet.

Dogs are what they eat, as the adage goes.  While young, a Rhodesian Ridgeback requires enough nutrients. This is especially needed as a pup because of the rapid growth.

It can’t all be empty calories, however. It must have vitamins and minerals for a dog’s health.

Don’t forget the protein! Dogs, like people, require protein for muscular development and biological processes, hence high-quality protein is advised in their diet.

This is particularly true for Rhodesian Ridgebacks, who eat a lot.  It won’t be outrageously costly, but it will be pricier than other dog breeds.

If you can’t meet this criterion, choose another breed that requires less exercise.

How Much To Feed A Growing Rhodesian Ridgeback Puppy?

In their first few months, pups should eat a high-quality breed- and size-specific diet. 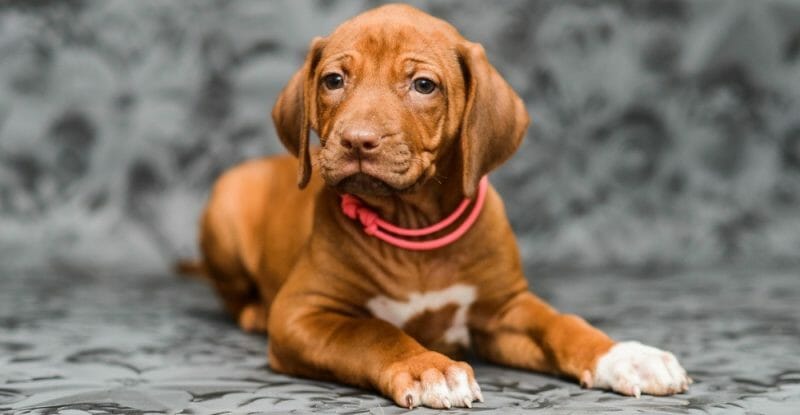 The package of puppy food should provide age- and weight-based feeding suggestions.

How much to feed your developing Rhodesian Ridgeback puppy should be discussed with a vet or breeder.

They can assist you to determine your puppy’s feeding demands.

How To Tell If Your Rhodesian Ridgeback Is Underweight Or Overweight?

If you can’t feel your dog’s ribs or they’re buried in fat, he’s overweight. This is the general rule.

Examine your dog’s form from an aerial point of view. Your dog has a healthy weight if they have a definite waist and hourglass form. Your dog may be overweight if it has no waist and a boxy shape.

Also look at your dog’s energy level. A healthy dog should have plenty of energy and be able to play and exercise for hours. Overweight dogs may tire quickly and have less energy overall.

If you’re worried about your Ridgeback’s weight, see your vet. They may evaluate whether your dog is the right weight and prescribe diet and exercise changes.

Growing pains are frequent in huge breeds like the Rhodesian Ridgeback.

During puberty, fast growth and development may cause transitory muscular aches and pains.

Lameness, stiffness, or discomfort while moving are signs of Rhodesian Ridgeback growing problems. Some regions of their body may cause them pain or discomfort. 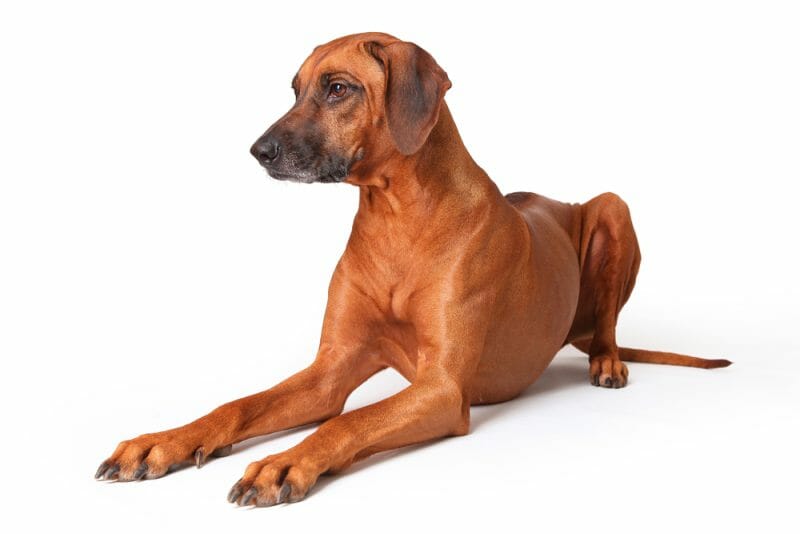 Growing pains usually go away when the dog’s development slows. If your Rhodesian Ridgeback is in severe or continuous discomfort, see your vet for treatment.

Massage your dog’s muscles, provide them with a comfortable area to relax, and make sure they receive enough activity to keep their muscles strong.

To stimulate growth and development, offer your dog a balanced, nutritious diet.

How To Properly Weight My Rhodesian Ridgeback?

Find a level, solid surface to lay the scale on and turn it on to weigh your Rhodesian Ridgeback.

After you have recorded your weight, pick up your dog or persuade them to stand on the scale with you. Hold your dog tightly and close to your body.

Record the weight again, then subtract your weight from the weight with your dog to get your dog’s weight.

This approach is a little more difficult since you must raise and hold your dog while still attempting to balance on the scale.

If your dog is wriggling or moving about, getting an accurate reading may be challenging.

Using a scale developed exclusively for weighing dogs is a more precise and convenient method to weigh your Rhodesian Ridgeback.

If you do not have access to a dog scale, the aforementioned approach may be utilized in its place.

Again, genes will decide whether your dog is impacted, but it’s nice to know.

As a big dog breed, the Rhodesian Ridgeback’s life expectancy is 10 to 12 years, lower than small and medium dog varieties.

The Rhodesian Ridgeback may be tracked in its development thanks to the growth chart.

Their fast weight and height gain during puberty is so extreme that it stands in stark contrast to the development rates of most other dog breeds.

Since they have such a powerful hunting drive, they are far more difficult to handle than, many other dog breeds.

They have a lot of health problems and may be expensive to take care of, particularly as puppies.

Not the best option for first-time dog owners, but if you can handle it, you’ll have one of the best watch dogs and protector around.

I hope this development chart might help alleviate some of your concerns about bringing a very devoted dog into your home.

How To Calm A Female & Male Dog In Heat? 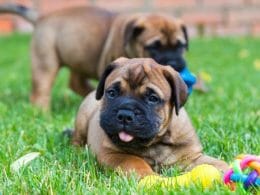 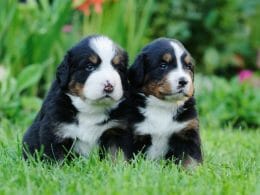 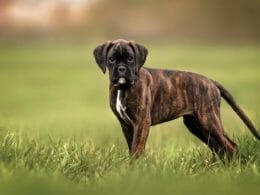 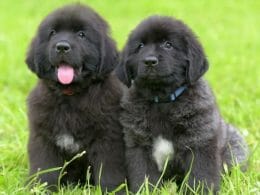