If you’re looking for details such as size, eating habits and fighting ability, here are all the important facts you need to know to decide which breed is best for you.

We’re going to start with some general information about the Golden Retriever vs German Shepherd.  After that, we will talk about their temperament and training needs.

Golden Retriever– The Golden Retriever or Yellow Retriever’s most distinctive characteristic is his golden-colored coat. His outer coat is dense and water-repellent.

German Shepherd– Unlike the Golden Retriever, the German Shepherd comes in a variety of coat colors and lengths. The common colors include black and tan, black and silver, sable, and black. There are rare colors like white, blue, panda, and liver. However, the rare colors are not recognized by AKC (American Kennel Club). Their coat length can be short, medium or plush, and long.

Golden Retriever- Some Golden Retrievers tend to overeat which leads to various consequences like obesity and lethargy. To avoid these problems, feed them a high-quality diet and avoid food with high-fat content. You may give treats but not too much.

Golden Retriever– Golden Retrievers are popular family dogs because they’re willing to please their owners. They prefer staying indoors with their family so they dislike staying alone outdoors for a long time. They’re usually friendly and gentle with everyone including children, strangers, and other pets. Golden Retrievers can be trained as watchdogs but not as dominant as the GSDs. They may just bark when signaling a stranger’s approach.

German Shepherd– GSDs can be great family dogs but they’re not as friendly as the Golden Retriever. Some people are intimidated by their appearance, size, and bark so they’re perfect for protecting their owners.

German Shepherd- GSDs tend to bark a lot for protection. They bark due to many reasons and one of that is to warn an intruder. Barking is their positive attribute because it can alert their owners of danger. To prevent aggression, train them while they’re still young.

Golden Retriever– Golden Retrievers are good at retrieving game such as ducks and other fowls for hunters. If you don’t hunt, you can still provide retrieving activities for a Golden Retriever. Play fetch games with him or assign him retrieving tasks such as retrieving the newspaper. It’s also necessary to take him out for a walk or jog and a run at the beach because he loves to swim.

Trained Golden Retrievers are also good at narcotics detection and as therapy and assistance dogs. They offer companionship and friendship to the elderly or sick children. People love stroking their beautiful and soft coat.

German Shepherd- GSDs are extremely active so they need lots of exercises because they tend to get bored with the same routine. You may provide plenty of outdoor activities like walking and running to maintain their physical health. Don’t forget to add mental challenges like finding hidden objects to maintain their mental health.

Police and military forces train GSDs as police dogs and military dogs. Their jobs can include detecting drugs, searching explosives, rescuing missing persons, locating evidence, and repressing suspects. Aside from that, they’re also used to guide and assist the handicapped.

Golden Retriever– Golden Retrievers have controlled their bite instincts because of their work as retrievers in the past. They were trained not to clamp down when retrieving quarries. A Golden Retriever may not have the force and pressure of a GSD, but it can still inflict a significant injury.

Do you love a dog with a charismatic smile and a golden-colored coat? Then what you are looking for is the Golden Retriever. However, the GSD is right for you if you prefer a versatile dog. Now that you learned their differences, deciding which breed is best is up to you. 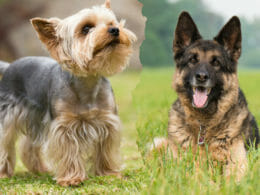 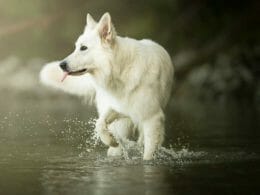 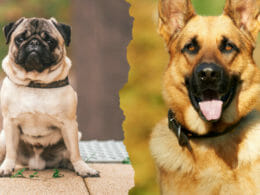 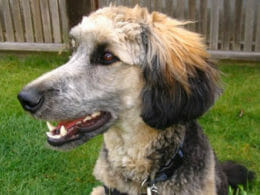