German shepherds are already adorable as they are normally, but they become even more so when they do some cute gestures. And we all know that German shepherd head tilt is one of the cutest gestures they can do.

There are actually many people that made theories behind this behavior. Some involve hearing, while others are concerned with vision. Of course, there are also those that just don’t care.

However, as an owner, it’s important that you understand the truth behind this behavior. As far as you’re concerned, it might have something to do with their health condition. So read this blog post and learn about the possible reasons behind German shepherd head tilts so you can be sure of what to do when you encounter the behavior again.

They’re Finding the Source of Sound

First of all, it might be worth noting that this is the most popular reasoning behind German shepherd head tilts.

Why? Because German shepherds have a particularly better sense of hearing than most breeds.  Not only that, but they can also pinpoint the source of a certain sound.

When German shepherds concentrate on locating the source of the sound, they tend to tilt their heads. Just like with radios of sorts, they need to adjust the position of their ears so they can perfectly hear the sound.

See also  Why Does My German Shepherd Circle Me?

This is common with intelligent dogs, as seen with the head tilting of Labrador and Golden Retrievers.

Contrary to common belief, German shepherds try to understand what you say despite having different languages. Head tilting is a sign that he’s trying to comprehend your words.

As a Way to Communicate With You

Obvious, humans can’t communicate directly with German shepherds. That’s why we always try to come up with different gestures. A prime example of these gestures is hand signals.

As previously said, German shepherds are intelligent. That’s why they developed their own way of communicating with you.

One of the ways to communicate with their owners is head tilting. Take note, however, that German shepherd head tilts can mean different things depending on the situation.

To Get a Better View of Things

The mouth of German shepherds can sometimes block their views on certain angles.

In fact, there are even many other parts of the body that blocks a dog’s view, as seen with breeds with flat faces. A recent study discovered that those with flat faces and big mouths are the ones that often do head tilts.

Since German shepherds have large mouths, they tilt their heads in order to get a better view of what they’re looking at.

They are especially attracted to you, their owner, and that’s why you may often see them tilting their heads while looking at you.

This might be the most serious case of German shepherd head tilts. That’s precisely why you need to understand the truth behind this behavior.

It is known that head tilting is one of the signs of ear problems or infections. This complicates things since you may find it difficult to separate German shepherd head tilts involved with ear problems and those that are not.

But you don’t have to worry. You can distinguish between the two with these following signs:

This is perhaps bad news for you, but there’s hope. It’s important to be aware of this problem, but let’s look at the bright side.

German shepherd head tilting doesn’t have to have a reason behind it. It’s undeniably a cute behavior. That’s why even if you’re not aware, you might be unconsciously patting, smiling, or even giving treats to your dogs when they do this cute gesture.

That’s why another reason for the continuous head tilt of your dog involves the dog developing head tilting as a habit.

You were shown six possible reasons behind head tilts. You even learned about the issue with ear problems. But look at the bright side, it may also be just a simple habit of your dog.The bottom line is, you are now aware of the reasons why dogs tilt their heads. So, that’s one less worry off your shoulders. 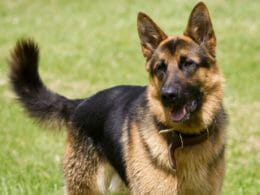 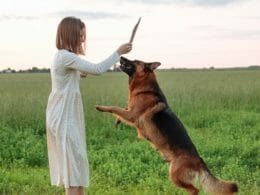 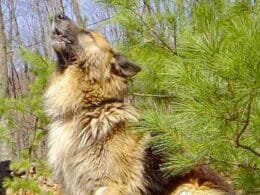 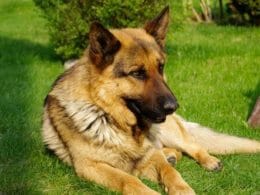