Did you know that the first working guide dog was a German Shepherd? The year was 1928, when a 19-year-old blind man named Morris Frank was introduced to a guide dog named Kiss who he later named Buddy.

Pannus is an autoimmune disease also known as Chronic Superficial Keratitis. It affects the cornea which will result in blindness if not treated immediately. There are many factors as to why GSDs are more predisposed to this disease and why some are severely affected than others.

See also  How To Train A German Shepherd Guide For Beginners

What are the symptoms of Pannus in GSDs?

According to vets, Pannus usually starts at the very edge of the transparent part of the eye known as the cornea. The corner edge of the cornea becomes cloudy with very small, visible blood vessels which will eventually cover the whole cornea. Fortunately, Pannus is not painful.

Here are other visible symptoms of Pannus eye disease in German Shepherds:

There is no known cure for Pannus itself but most vets recommend symptomatic treatments. This is to delay the progress of Pannus in GSDs and at least improve their quality of life. Depending on the progress and severity, different methods can be applied. Here are some known German Shepherd Pannus treatments.

Dog Protective sunglasses or goggles is an effective German Shepherd Pannus treatments.It reduces UV radiation exposure of GSDs’ eyes which can prevent the disease from worsening or advancing.

If Pannus is diagnosed at a very early stage, a steroid-based topical cream will be recommended by vets. This medicine can reduce German Shepherd swollen eyes and inflammation of the cornea and eyelids. Most commonly prescribed corticosteroids eye cream are dexamethasone and prednisolone.

Immunosuppressant eye drops are also favored by vets since it is easy to use. A 1%, 1.5% or 2% Cyclosporine eye drops are what they usually recommend in GSDs. It can improve scarring and pigmentation of the cornea.

To halt the progress of Pannus, some vets would regularly administer corticosteroid injections under the GSD’s conjunctiva, coupled with topical eye medicines. It is usually done regularly till the end of the GSDs lifespan.  This treatment is ideal for GSDs who are nearly blind.

In some cases of Pannus, a secondary infection has developed, so antibiotics should be given for treatment and prevent bacterial eye infection from spreading.

In some severe cases, eye surgery can be done to remove the surface layer of the cornea. This procedure can improve a severely affected GSD’s eyesight but can only be done once in their lifetime. Sadly, chances of Pannus’ recurrence is very high after surgery. Careful consideration should be done before opting for this procedure.

Advanced stage Pannus is usually unresponsive to other treatments, thus beta radiation is the last option.  Beta radiation can lessen blood vessels and cells in the cornea.

Sunlight should be avoided by GSDs affected with Pannus since it has harmful UV rays. Avoiding direct sunlight can prevent this disease from progressing. Instead of usual walk in the morning, they should exercise when the sun is down or at night. They should always be sheltered in the house away from the sunlight.

Being a large dog breed doesn’t mean that GSDs are not susceptible to eye diseases. Furthermore, they are genetically more prone to some known canine eye disorders.

How to care for your German Shepherd’s Eyes

Since GSDs are more prone to some autoimmune eye diseases, it is but imperative for GSD owners to take care of their dog’s eyes.

While most eye irritations in German Shepherds would go away on its own, some may be symptoms of serious eye problems or worst brain and nerve injuries. A regular visit to the vet will assure your GSD of its eye health. Pannus may be incurable but with proper management and adherence to medications, GSDs will surely have the quality of life they deserve. 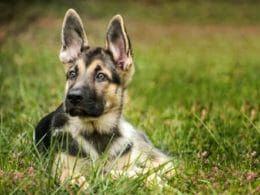 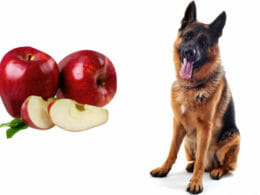 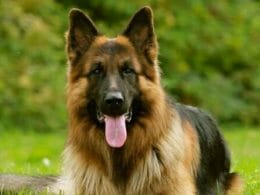