The Border Collie, also known as Scotch Sheep Dog or Sheepdog, is the 35th most popular dog while the German Shepherd, also called Alsatian or GSD, is the 2nd most popular dog. The Border Collie originated from Scotland while the German Shepherd originated from Germany. They are both double coated so they require similar grooming needs.

Border Collie- The Border Collies are a medium-sized breed famous for their intense and intimidating gaze or ‘herding eye’. Male Border Collies usually grow up to 19-22 inches in height and weigh up to 30-55 pounds while their female counterparts grow up to 18-21 inches. They typically come in different colors which include solid, bicolor, tricolor, merle, and sable. Their most common color is a combination of black and white.

Since the Border Collies and GSDs are both herding dogs, they have the inherent ability to guide other animals. They are both excellent companions and respond positively to various training exercises. They tend to bark a lot to ward off strangers but this can be addressed with early socialization.

Border Collie- According to Stanley Coren, a canine psychologist who developed criteria for ranking dog intelligence, the Border Collie is the smartest breed. They are also protective of their family but they’re less dominating like the GSDs. They tend to be watchful than protective.

German Shepherd- The GSD is the 3rd smartest breed so they excel at police and military work including criminal apprehension, search and rescue operation, and explosives and narcotics detection. Most German Shepherds are more protective of their family because of their guarding instincts.

Half Border Collie Half German Shepherd

A cross between the German shepherd and Border Collie is also known as Shollie. Let’s see what this interesting mix has to offer.

Shollies often look like a typical German Shepherd. However, their tail is less bushy and their ears tend to be floppier than those of a German Shepherd. They can have a short- to medium-length coat, and the common coat colors are black and white or black and tan. While it is possible, a White Shepherd Border Collie mix with a pure white coat is very rare.

We can say with certainty that the German Shepherd Collie mix will be bursting with energy and extremely hard-working. Shollies might nip smaller animals and children because their parents are part of the herding group. However, the traits of the Border Collie Shepherd mix may vary depending on the dominant parental gene and their environment.

Both the German Shepherd and Border Collie are highly intelligent so the Shollies are likely to be intelligent. They are also loyal to their dog owners and they can be affectionate like the Border Collie but they also tend to be aloof and suspicious with strangers.

Shollies need enough protein and fat in their diet to provide energy. The Border Collie German Shepherd mix puppy needs 8% of fat in his diet. However, fat intake should be reduced by 3% when he becomes an adult to achieve a healthy weight. Food should be high-quality and owners should avoid unhealthy ingredients such as wheat gluten and food dyes.  Aside from dry food, a raw diet made of various raw meats, bones, vegetables, and supplements. Avoid overfeeding because it can worsen health problems such as elbow and hip dysplasia.

Even though mixed breeds are typically healthier than pure breeds, they’re not immune to illnesses such as joint problems, skin and eye conditions, and allergies. Hip and elbow dysplasia are likely to run in the family because both German Shepherds and Border Collies are prone to these health issues. To prevent these genetic diseases, the AKC requires breeders to breed only from dogs with good scores based on the Hip and Elbow Scoring schemes.

The Border Collie German Shepherd mix is a high shedding mixed breed so it’s advisable to brush them daily. Give them baths as needed, but not too much that you dry out their skin because it may affect their skin’s natural oils. Brush their teeth daily and clean their ears regularly to prevent infection. Shollies are active dogs so their nails wear down on their own and may not need frequent trimming.

Shollies are energetic and highly trainable like their parents. To avoid boredom and destructive behavior, provide lots of agility based exercises, obedience training, and mental stimulation daily. They’re not suitable for apartment living because they need a wide yard where they can run freely. They tend to be stubborn so start training them while they’re still young. Don’t forget to motivate them by using positive reinforcement techniques. They must have regular exercise and training to ensure they enjoy a long and healthy life.

Overall, the Shollie is a great choice if you want to deviate from pure breeds. Just make sure that you buy from reputable breeders and provide their needs. 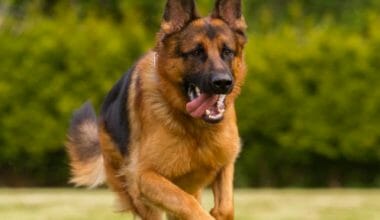 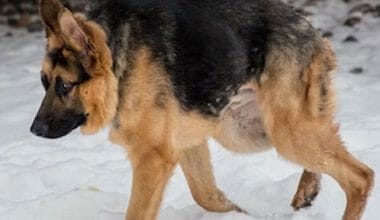 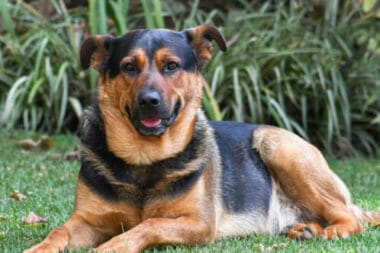 Your lifestyle needs warrant the adoption of a powerful, loyal and capable guardian. A half German Shepherd half… 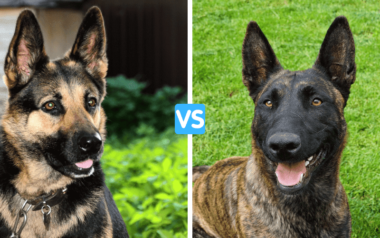 Most people are well aware of German Shepherds, while fewer people know what Dutch Shepherds are. From the… 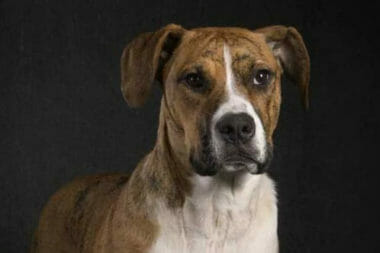 A combination of two working breeds, the Boxer Shepherd is the ideal choice for a multipurpose, versatile guard…