Most people are well aware of German Shepherds, while fewer people know what Dutch Shepherds are. From the name of these breeds, though, it is clear that there is a common link. At the same time, it is obvious that there are some differences as well.

If you are ready for some clarification on Dutch Shepherds and German Shepherds, then this is the post for you. Here you can discover just how similar or dissimilar these two breeds are.

The Origins and Classification

Now, figuring out the origins of these dogs is pretty straightforward – it is clear in their names. However, let’s take a closer look at how these breeds originated.

What’s quite interesting about the Dutch Shepherd is that it was a natural land breed discovered in the Netherlands. This is one of the most versatile breeds around. As the name suggests, these dogs were largely meant to keep livestock in check. As such, they kept hens away from kitchens and herded cattle. 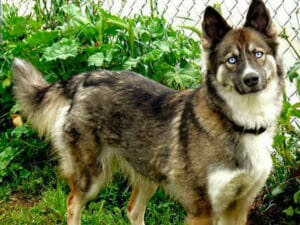 At the same time, it wasn’t unusual to find these dogs pulling carts, looking after children, or even acting as watchdogs. For the longest time, they were grouped under a miscellaneous category but were assigned to the herding group more recently.

German Shepherds also fall into the herding group, which is how these dogs got their name. And, yes, they did originate in Germany. The ancestors of the German Shepherd were used for herding livestock. However, there was quite a bit of variation among them.

This was until Captain Max von Stephanitz decided to create a single breed. With the help of other owners, he crossed various strains from the Northern and Central districts of Germany to produce the dogs you’re familiar with today.

Like Dutch Shepherds, GSDs are versatile dogs. While they may have started out herding animals, their role has developed quite a bit over the years. 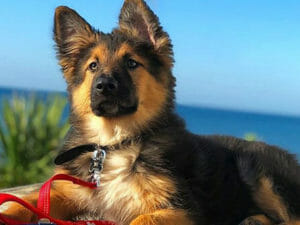 Now, when it comes to popularity, German Shepherds are the clear favorite. This breed is consistently voted as being one of the most popular breeds around the world. It currently occupies the number 2 spot on the American Kennel Club list.

So, why is this? Well, GSDs have always been in the limelight. In the early days, they even starred in films, helping to boost their popularity. Due to their versatility, they are often seen out and about in society as police dogs, search and rescue dogs, and even guide dogs.

Unfortunately, Dutch Shepherds aren’t nearly as popular. Now, this doesn’t have anything to do with their physical or personality traits – they are wonderful dogs! Rather, there aren’t too many breeders up to the task, resulting in a lower number of dogs.

There is also the fact that many people aren’t aware that this breed exists. This, too, has led to fewer ownerships. The good news, though, is that awareness is increasing. As more people learn how amazing this breed is, the more popular they will become.

Let’s take a look at how these breeds are similar or different in terms of appearance:

The average Dutch Shepherd weighs between 42 and 75lbs. Most German Shepherds are quite a bit heavier than this. German Shepherd males weigh around 65 to 90lbs. The GSD females, on the other hand, can be between 50 to 70lbs.

When you look at a Dutch Shepherd from above or in profile, you will notice that they have a wedge-shaped head. The head tends to be proportionate to the rest of the body. The head and muzzle are of equal length.

Dutch Shepherds are strong, well-muscled dogs. While they are solid-boned, they aren’t heavy. Rather, they tend to have a long and lean look to them. Their almond-shaped, medium-sized eyes are dark in color. In some instances, they may be yellow or blue. This dog often has an intelligent and lively expression. 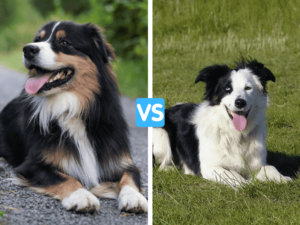 The head of a GSD is one of the more notable elements of the dog. It is often described as noble and chiseled. German Shepherds have strong faces, with a composed and intelligent expression to match. They have long and strong muzzles. Their pointed ears are a rather familiar trait as well.

Like the Dutch Shepherds, this breed is quite well-muscled, although they aren’t bulky. They have a lean and rangy look to them, although their coat does add some bulk to their frame. These dogs almost always have very dark, almond-shaped eyes.

As for the color, these dogs can either be a gold brindle or a silver brindle. This means that the base color is either gold or silver. The brindle can be black or brown and is the most prominent color on the body.

German Shepherds have a double coat. The outer coat is medium-length, wavy, and wiry. It is also quite thick and dense. The fur on the forelegs and hind legs tends to be longer. Now, the most common colors for GSD coats are tan and black. At the same time, you can find dogs with an all-black, grey, sable, red and black, or black and silver coat.

Despite being working dogs, German Shepherds are quite well-suited to families. Once they have bonded with their humans, they will be devoted, loyal, and courageous. However, they aren’t great with other dogs.

Now, left to their own devices, a GSD may be aloof and wary, particularly when it comes to strangers. Due to this, early socialization is needed. Otherwise, they may treat most strangers as being a threat. However, it is unlikely that they will be aggressive. 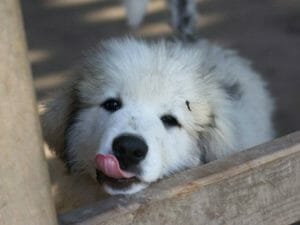 German Shepherds are quite intelligent dogs which makes them quite trainable. However, this also means that they will need to be occupied with companionship, tasks, or exercise. If not, they may begin to act out.

Dutch Shepherds are great family dogs that do incredibly well with kids – they are probably even better than GSDs in this role. What’s more, they are quite friendly towards other dogs as well, making them suitable for a household with other animals.

Like GSDs, Dutch Shepherds aren’t great with strangers. They may bark or act standoffish to strangers. In this way, they do make good watchdogs. At the same time, this breed does need to be properly socialized to avoid behavioral issues.

Although they may not be as intelligent as German Shepherds, this breed is pretty smart. What’s more, they are incredibly trainable, making them a good fit for most owners.

Now, Dutch Shepherds tend to be less likely to suffer from health issues than other breeds. At the same time, the following issues are possible:

As for GSDs, the most common issues associated with them are:

Dutch Shepherds live longer than German Shepherds. On average, this breed can live up to 11 to 14 years. GSDs, on the other hand, have a life expectancy of 7 to 10 years.

Dutch Shepherds were bred to be working dogs. As such, their bodies are built to have lots of energy and require considerable amounts of exercise. This means that you will need to organize at least one long walk a day. To meet your Dutch Shepherd’s exercise needs, it is best to fit in some vigorous play.

Of course, you shouldn’t stop at only working out their bodies. These intelligent dogs respond well to mental exercises as well. Keeping them active and occupied can greatly reduce the risk of them acting out or becoming destructive.

German Shepherds need more exercise than Dutch Shepherds. These dogs have a fair amount of energy to burn off and need to be taken on long walks as well as have one-on-one playtime. Trips to the dog parks are a good idea as well.

For a truly satisfied GSD, take up agility courses. This helps them to work their mind and remain mentally stimulated at all times. Once again, this can discourage them from getting bored and becoming destructive or overly vocal.

These aren’t dogs that you should keep in an apartment. They are medium-sized, with lots of energy. As such, they should live in larger homes where they have plenty of room to walk and move around. A yard or garden is certainly a plus. If you don’t have an outdoor space for your dog, make an effort to take them to a dog park regularly.

Now, Dutch Shepherds tolerate warm and cold weather equally well. As such, you should be able to have your pooch with you regardless of the climate. German Shepherds, on the other hand, don’t do so well in warm weather. They do take to cold weather without any issue, though.

German Shepherds tend to shed quite a bit. However, if you brush them every other day, you should get this under control. What is quite tricky about this is that they have two shedding periods. This means that the hair fall will increase exponentially. Once again, regular brushing will help.

Short-haired Dutch Shepherds don’t require too much grooming. Occasional brushing is fine, but you will need to brush them daily during the spring and fall when their shedding season kicks in. As for the long-haired types, you only need to brush and groom them once a week.

Rough-haired Dutch Shepherds are the most low maintenance of all dogs. They need to be combed just once a month. However, their coat will need to be hand-stripped once a year.

German Shepherds have so much potential. This is why you need to start training them at a very early age. It is just as important to begin socializing them early as well. In particular, you should focus your efforts on obedience training. This will ensure that your dog is well-mannered and more adaptable.

With GSDs, consistent training is key. At the same time, make sure that you engage in positive reinforcement and that your training techniques are reward-based. This will leave your dog happy and willing to please you.

Dutch Shepherds respond well to training too. Although they are quite obedient, they do enjoy a challenge. Their intelligence means that they are capable of learning quite a few skills. Here, it is best to invest in shorter training sessions. This will ensure that your dog is fully engaged at all times.

This breed does tend to be rather independent. Due to this, you need to start training them when they are quite small. The same goes for socialization as well.

Since they are intelligent, trainable, and have been bred to work, both breeds perform several jobs. These include, but aren’t limited to:

Also, German Shepherds are often deployed in the military. They can be used as bomb-sniffing dogs or be engaged in active duty with other soldiers. As for Dutch Shepherds, they make excellent watchdogs, providing personal protection for their families.

Here are some of the more frequently asked questions about Dutch Shepherds and German Shepherds:

What is the Difference Between a Dutch and German Shepherd?

There are quite a few differences between the breeds. They have different head shapes, body types, and coats. German Shepherds also tend to be bigger than Dutch Shepherds.

Does a Dutch Shepherd or German Shepherd Shed More?

Are Dutch Shepherds or German Shepherds Harder to Train?

Both dogs are intelligent and trainable. Still, German Shepherds may be a little easier to train since they are bred for all kinds of work. Dutch Shepherds have an independent streak.

How Big Do Dutch Shepherds and German Shepherds Get?

There are just as many similarities as there are differences between these breeds. Nevertheless, it is interesting to see what each breed brings to the table. It doesn’t matter which dog you choose, as you are guaranteed to end up with a loving and loyal partner. 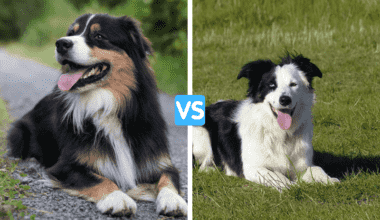 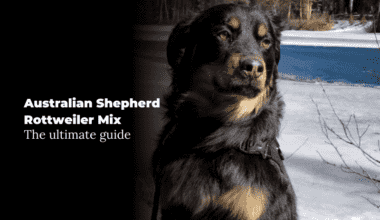 The German Shepherds are handsome dogs but they are also very active and functional. This dog breed was… 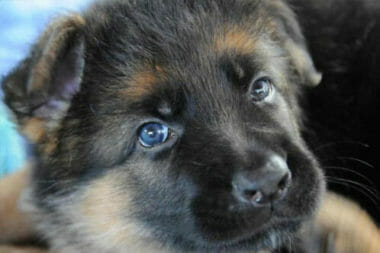 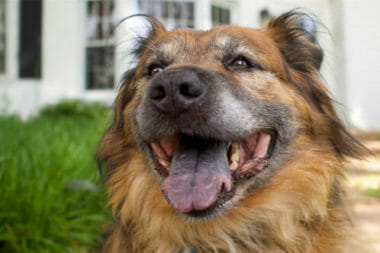 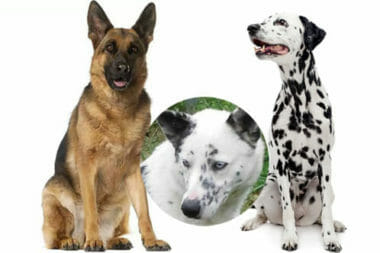 German Shepherds are very handsome and active. Being smart and easy to train make them very suitable for…