So there’s no surprise why you’re here. Perhaps you’re looking for the perfect breed for you, and you stumbled upon Czech German shepherds.

But there’s another major reason for the interest of pet owners in regards to Czech German shepherds. It’s because compared to other breeds, they are relatively new.

Naturally, you’d want to try out new things, but the fact that it’s a new breed calls for many questions about them.

Thankfully, there has been much research about them since their founding and today we’ll be compiling everything an owner needs to know about Czech German shepherds.

The Origins of Czech German Shepherds

They were bred as working dogs in the Communist Czech since 1955 but only became popular when East and West Germany became one again in 1989.

Since then, they replaced DDR German shepherds in terms of popularity. Additionally, that year, they were bred more as family dogs rather than working dogs.

Despite having the same origins, the two breeds aren’t the same.

Regardless, these two variations of a German shepherd is often compared to each other.

The DDR vs. Czech German shepherd issue became well known due to their many similarities.

For one, both breeds are of the same bloodline, technically speaking. As previously said, they are also of the same origins.

There are, however, notable differences between the two and this is what serves as the line that separates DDR vs. Czech German shepherds.

Here are three of the most significant differences between the two:

As you have seen, they have differences in their temperament (drive), physical appearance (bone structure), and even growth and development (maturity).

Keep in mind, however, that the aforementioned differences are a generalization.

The Characteristics of Czech German Shepherds

Czech German shepherds, being one of the newest variations in the breed line, have some unique traits. However, we can’t deny the fact that they are still German shepherds.

The Czech dog breeds are characterized by typical German shepherd traits. They have strong jaws, thick skulls, pointed ears, and such.

Their weight is also similar, with males ranging from 30 to 40 kg and with females from 22 to 32 kg. There’s also not much difference with their height. A male Czech GSD can be as short as 60 cm or can be as tall as 65 cm. Females, however, are shorter heights from 55 to 60 cm.

Czech GSDs are police dogs and therefore have a powerful-looking structure. Unlike standard GSDs, they have thick paws and a deep chest.

They often have a sable coat with mostly the Agouti pattern. This gives them a black appearance like that of a wolf.

So they have unique AND similar physical traits. What about their personality?

The ideology of what a German shepherd should be: intelligent and energetic.

And as you may have guessed, these characteristics also apply to Czech German shepherds despite being a relatively new breed.

However, you may find that they aren’t what they used to be. In the past, Czech GSDs were bred with a “hardcore” personality, but time passed by and now they have a much gentler temperament to cater to the needs of families.

But if they have unique traits, does that mean they can also develop health issues exclusive to them?

Conclusion: Yes. If you have a large family with young children, the Czech German shepherd is a good choice for your family.

They love to be around people and they can protect their owners from any threat.

Despite being new breeds, they a similar in character to the standard German shepherd.

Czech German shepherds are police dogs and therefore have a powerful-looking structure. They often have a sable coat with mostly the Agouti pattern.

Their personality is typically what you would expect from any German shepherd: intelligent, energetic, but gentle enough for families with children. This, among other things, is why they are good family dogs.

How Big Do Czech German Shepherds Get?

Czech german shepherds are bigger than a standard shepherd, You can expect an average male to get up to 60 – 80 lbs. And females get 50 – 70 lbs on average. Females are usually smaller.

The average height for males is 22-24 inches, females 20-22 inches. Males tend to be taller and heavier than females. Even though they are bigger you can still expect them to be friendly. They are still prone to hip problems and elbow dysplasia, but not as much as the standard shepherd.

Being bigger is why they make good guard dogs because size does matter when it comes to how intimidating they are. However, their easy-going personality tends to be a downside because it makes them more approachable and less intimidating.

Czech German Shepherds are generally more affectionate than other shepherds, but still very trainable and intelligent. They don’t bark as much as other shepherds either which is a plus to those who dislike excessive barking. They can make good family dogs (with training) because they like to be around people. Though they can be great with children, it’s still a good idea to train them not to jump up on small children because jumping is a bad habit that should be broken before it becomes a problem.

Czech German shepherds are prone to the same health issues that a standard GSD has. They don’t have any special illness exclusive to the variation, so you have nothing to worry about.

Czech shepherd puppies from an unethical breeder are, however, prone to more health issues than a normally bred German shepherd puppy.

With everything you know now about Czech German shepherds, you are now ready to adopt one. But what do you do past that?

Let’s first discuss the most efficient way to train a Czech German shepherd.

As Czech GSD has the traits of a normal German shepherd, they will naturally be easy to handle. They are intelligent and fast to pick up on things.

However, as previously mentioned, Czech German shepherds are slower to mature compared to other breeds. Therefore, you will require more patience with these dogs.

Czechoslovakian shepherds were made as working dogs. They have high stamina and are bred for high levels of endurance.

They can go up to 60 minutes of working without rest. This means they need an owner that will allow them to do so.

If you’re a couch potato, this breed is not recommended for you. Not only will you be pushing yourself too much, but you’re also depriving your dog of their exercise needs.

Czech German shepherds will require the same amount of food just like with the standard breed. 3 meals a day for puppies, and 2 meals for adults.

Since they are more of a working dog than the standard breed, you should also consider giving them supplements for enduring physical activities.

Czech shepherd puppies are more of a seasonal shedder than standard GSDs.

Such dogs have a high chance of shedding a lot during the first days of winter as well as early fall.

Regardless, brushing them daily will lower their chances of shedding a lot.

If you think you can comply with all of these, you are now ready for the adoption of Czech shepherd puppies, but even that requires attention to detail.

Czech shepherd puppies may cost around $500 to $1500 each. This will be the standard rate for this breed although other prices may differ, but not that much. Regardless, they have the same price as standard German shepherds.

Also, I recommend finding one that is not bred in puppy mills. After all, those who belong in puppy mills tend to have a higher susceptibility to diseases, injuries, and a few of them are even at the risk of death in their early days with you.

We also looking for Czech shepherd puppies for sale overseas as it may lead to injuries, death. They may even get lost and become unreported and you’ll end up wasting your money.

You can also opt for those found in rescue shelters. They tend to cost significantly less ranging from $50 to $500 just to cover the adoption fees. There is, however, a chance that they were sickly or injured when adopted by the rescue center.

However, if you insist, you can always prepare a place for them to rest in the meantime and prepare the necessary medications in advance.

It’s a pet owner’s natural reaction to adopt puppies of a new breed. They bring a certain kind of freshness to your feelings.

That’s probably why you had your eyes on Czech German shepherds. But since they’re new, you need to gather information about them.

Fortunately, you learned everything there is to know about Czech dog breeds in this blog post.

Now, you are ready to embark on your journey with your newfound knowledge about your new Czech German shepherd puppies. 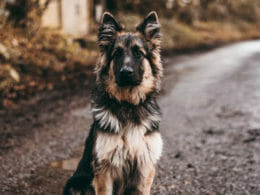 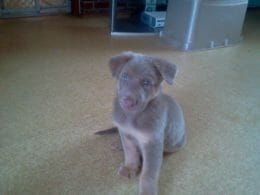 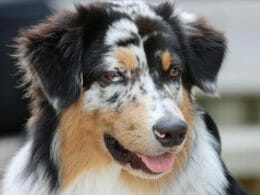 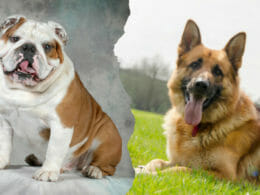