Indeed, pineapples can be a great treatment option for your furry friend in summers because they are full of water content and provide a great amount of hydration. Pineapples also bring several benefits, such as being high in fiber, manganese, and vitamin C. These are some of the essential nutrients for german shepherds.

Although it would be helpful to feed your german shepherd some pineapples when it is sick, it’s always better to feed it in moderation. If it is overfed, several problems could come up and affect your canine’s health.

We talked about how german shepherds love pineapples and may even benefit from eating them. You may now want detailed descriptions of why pineapples are so beneficial for your dog. To clear the air, we will be discussing this in detail in the next part.

Why Are Pineapples Beneficial for German Shepherds? 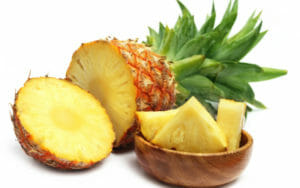 Pineapples are known to be hydrating and delicious for german shepherds, but what exactly is it that makes them so beneficial? Read along to find out!

Pineapples Can Provide a Source of Hydration.

Pineapples provide a lot of hydration to your german shepherd, specifically if it skips on drinking water very often. In such a case, feeding pineapples to your dog can be a good way to ensure that your canine has enough hydration in its system.

Naturally, the makeup of pineapples is such that 82 percent comprise water. So pineapple is essentially a very hydrating fruit.

Pineapples Contain Essential Nutrients Which Are Beneficial for Dogs.

Some of these nutrients include the following:

With 2 and almost a half grams of fiber in one cup, pineapples will aid digestion and combat the occasional bouts of constipation. However, I should point out that giving your dog a lot of fiber may create constipation since the fibers absorb all of the moisture in the poop. Hence even though the fiber content in pineapples aids in digestion, too much of it could be a problem. So make sure that your German shepherd eats pineapples in moderation.

Pineapples contain bromelain. This is one of the enzymes that aid in the breakdown of protein and improve the absorption of other nutrients. This is critical because almost all dog food products are high in protein. Even though a dog’s food should consist mostly of proteins, pineapples can aid in stool softening.

German shepherds are overly active and lively, which is why they are more likely to get injuries while racing around or socializing with other canines. Even though these injuries are minor and unnoticeable at first, they will eventually swell. Pineapple is one of those anti-inflammatory fruits that can assist your injured dog’s swelling. If you intend to utilize pineapples solely to lower inflammation, speak with your puppy’s vet first. 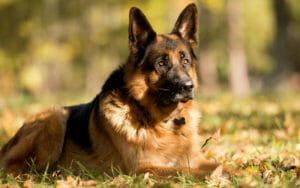 Yes, pineapple is safe for pregnant german shepherds. They are subject to the same rules that apply to other dogs who are not pregnant. You can occasionally offer them a little bit of fresh uncooked pineapple as a sweet treat or when they’ve been really good. They’ll like it just as much as any other dog!

But be very careful about giving them too much of it in one sitting, or you’ll end up with such an unwell german shepherd that can’t keep anything down. You should start with tiny portions and progressively increase as they become accustomed to eating pineapple as just a treat each day if necessary.

Avoid overfeeding your german shepherd pineapple during and after pregnancy. In their current state, they could become ill or negatively react to it. So remember that when you present them to fresh raw pineapple as a nice little present for all of its hard work when they were pregnant.

See also  How Often to Bathe a German Shepherd?

The same rules apply to pregnant and puppy german shepherds. Please make sure you only give them modest quantities at a time and don’t give them too much at once.

Because the abdomen is sensitive in that state, you don’t want the dog or puppy to become ill as a result. Giving them pineapple in tiny doses is a smart idea, so they don’t get sick after eating too much of it. You may give your German shepherd fresh raw pineapple chunks and watch them devour them!

Remember that their stomachs are sensitive while nursing, so keeps that in mind before feeding them anything new. Don’t force it if they become unwell every time you offer them pineapple. Depending on what stage of breastfeeding your german shepherd is at, you can try again in a few weeks or months when its body isn’t as sensitive.

This also applies to puppies and dogs, as they all have been through the same process and must be gradually introduced to pineapple. Always remember that while you continue to offer them fresh raw pineapple slices!

Now that we have discussed the nice part about pineapples and german shepherds, it only becomes crucial to discuss the disadvantages that pineapples may potentially bring for your dog.

If you want to find out about how pineapples may be a threat to your german shepherd, read the next part with great attention!

Pineapples are a healthy fruit to feed to your dog. However, this does not imply that you should use them indefinitely in your dog’s everyday diet. Moderation is essential to ensure that the nutrients in this fruit are as efficient. Side effects, on the other hand, can arise at any point in time.

The points below explain how pineapples can be dangerous for your german shepherd.

The sugar content of pineapples may cause several problems.

Sugar is abundant in these sweet and tart fruits. A small pineapple (56 grams) contains about 6 grams of sugar. Everything with a high sugar content will hasten the decaying of the dog’s teeth, particularly if the owners do not regularly brush their dog’s teeth.

Gastric issues, diarrhea, stomach pain, and, in some circumstances, vomiting can all be caused by eating too much sugar.

Secondly, a high amount of sugar may even lead to obesity for your dog. Suppose you notice that your german shepherd is eating too much pineapple and getting overweight because of it. In that case, you should immediately stop feeding it pineapples because the sugar content of pineapples may be doing that.

Too much pineapple may lead to constipation.

Pineapples can aid digestion and occasional constipation, as noted in the medical benefits section. When your German shepherd consumes a big amount of pineapples, though, it might cause constipation in certain dogs.

See also  Can German Shepherds eat grapes? All You Need To Know

This may appear to be counterproductive, but it is possible. Because fiber absorbs water, having too much of it in your dog’s system might cause its stool to solidify if it doesn’t drink enough water. A german shepherd will be unaware of it and not drink as much water as usual when consuming pineapples.

Unripe pineapples may be harmful to your german shepherd

There’s no denying that pineapples have numerous health benefits. On the other hand, unripe pineapples are potential hazards to your dog’s health.

The juice from unripe pineapples, for example, can cause your dogs to vomit. The bromelain content of pineapples can induce side effects such as diarrhea, nausea, or skin allergies.

Can Pineapples Be Used As a Medical Treatment for German Shepherds?

After reading the very daunting disadvantages of pineapples for german shepherds, you may be wondering, “Are they that bad?”. No, pineapples can be used for treating several problems for your german shepherd as well. The following points will explain that.

Your german shepherd will consume its feces if it suffers from coprophagia. This could happen as a result of one of the two factors described below.

Either your GSD likes eating a lot, and you provide it with plenty of tasty treats, snacks, humans’ foods, and so on. So they are eating their poop because they are still very hungry, and the poo smells nice. Or, if you are not feeling enough nutrients to your german shepherd, so it consumes what it ate previously to replenish the body’s supply.

Pineapples fix a nutritional problem, but they also alter the flavor of the excrement, making it less tasty to your dog. According to veterinarians, utilize raw, un-canned pineapples if you want to heal this medical issue.

A german shepherd on a high-fat meal may develop pancreatitis, chronic inflammation of the pancreas. This condition is no laughing matter, and as the bile moves towards the pancreas, it can place a lot of difficulty on the dog’s liver. Peanuts are another food that might cause pancreatitis in your dog. Even if it is a good fat for your dog, it is still a form of fat in your dog’s system.

By enhancing the enzymes in their system, adding pineapples to your german shepherds’ diets as a supplementary medication will aid them with this problem. Pineapples should not be used as the sole therapy option. It is highly recommended that you bring changes to your dog’s diet by limiting the amount of fat it consumes and speaks with a veterinarian. 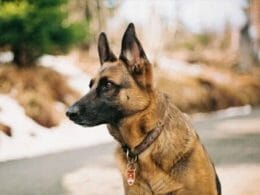 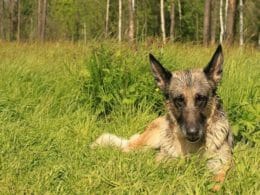 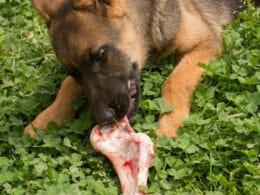 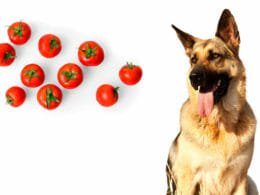