How Can Poor Breeding Impact Personality?

Yes, personality characteristics such as aggression can be genetic. Most good breeders take time to consider the behavioral traits of both parent dogs before allowing them to mate. In doing so, there is a higher chance of ending up with puppies that are affectionate and less prone to mercurial behavior.

Disreputable breeders don’t make this effort, so there is no way to know what kind of dog you might get. This can be avoided by paying close attention to the puppies in the litter. It is best to look out for the playful and curious dogs rather than those who isolate themselves or show any kind of aggression towards humans.

There is a chance that proper training and socialization may reduce the risk of an attack. There is no certainty as to how much nurture will triumph over nature, however.

Can an Abusive or Unfavorable Environment Cause Aggression?

If you adopt a dog, especially an adult one, there is a chance that they could be aggressive towards you, especially if they have been treated poorly. Such behavior is the result of physical and emotional abuse and may be ingrained in your dog.

It is important to be careful around these German Shepherds as sudden movements or anything they perceive as a threat may result in aggression. In some cases, they may calm down and begin to trust you after they have spent time in a safe and calm environment.

In most instances, though, the dog will need to undergo proper training and socialization. Even when they appear to have improved, you need to be wary.

Can a Lack of Socialization Result in Violence?

If your dog’s previous owners were neglectful, they probably didn’t have much interaction with humans. This can cause them to be wary around most humans, including you. Their instinct, as such, could be to use aggression when you are around or when you do something unexpected.

Once again, there is a chance that these dogs will improve with proper care and socialization. By spending more time with them and helping them to meet new people, you may be able to cure them of this anxiety.

What Does Resource Guarding Signify?

A lot of dogs can be quite protective of their food. This is typically seen in animals who have had food withheld before or traditionally had to fight for their share of food. You may notice your German Shepherd being more aggressive when food is served and there are other dogs are around.

They may see these other dogs as competition. In some instances, this aggression can be transferred to you as well. If you approach them while they’re eating, they may snap or lunge towards you.

To dissuade such behavior, make it a point to feed your dog at the same time each day. This will help reinforce the notion that they don’t have to go hungry. You may also want to keep their food in a corner or some area that they feel safe in. This way, they won’t have to worry about threats while eating.

Can Pain or Discomfort Manifest as Aggression?

Dogs that are injured or are in pain may lash out, as they can feel particularly vulnerable at this time. When you approach them, they may unintentionally lunge towards you to keep you at bay. This aggressiveness can also be triggered if you attempt to examine them and end up causing more pain. The attack is more of a response to your actions.

Be mindful of your dog’s mood and behavior when they are hurt. If they’re growling at you, it is best to stay away until you can get a muzzle on your dog. This is for your protection as well as your dog’s. You should also have a vet examine them to reduce causing any additional discomfort.

Can Surprise Trigger an Attack?

If you startle your dog, their reactions will be based on an unconscious and primal response. They may not mean to attack you, however, if you surprise them or approach them in a threatening way, it’s possible. This behavior may be more common with rescues or dogs who have previously experienced abuse.

You can’t always avoid surprising your dog. When approaching them, try to make enough noise to alert them. Don’t jump out at your dog or pounce on them from behind either.

Can Protective Instincts Cause Aggression?

Being a dog’s owner doesn’t necessarily mean you are their favorite. Another member of the family, particularly a child, may occupy a more affectionate spot in your German Shepherd’s heart.

As such, your dog could mistake playfulness and similar behavior as a threat towards their favorite person. This can cause their protectiveness to kick in and they will try to defend this individual. In doing so, they may attack you.

In many cases, proper training and socialization can drastically reduce the risk of a German Shepherd attacking its owner. This isn’t always guaranteed, though, so always be conscious of how you behave around certain dogs, especially if they’ve had a history of abuse or neglect. 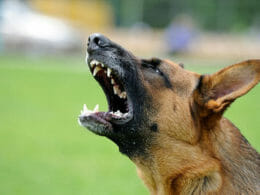 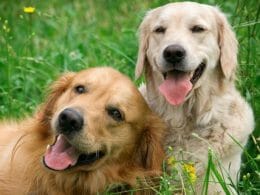 Can Brother And Sister Dogs Have Puppies? 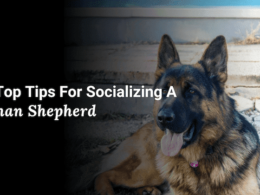 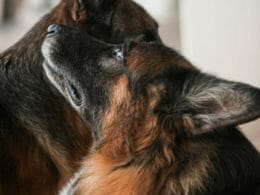