Why Do They Dock Australian Shepherd Tails?

If your Australian Shepherd has had their tail docked, you might wonder why is this so? The vast majority of Aussies have docked tails. So why is docking their tails a standard? Does docking tails have any benefits?

Most Australian Shepherds have had their tails docked because breeders wish to adhere to certain cosmetic standards.

Sometimes, this practice is also done to prevent tail injuries.

In the past, tail docking would be performed as it was believed to improve the dog’s hygiene and working performance.

Let us go through all the reasons for tail docking. The history of docking tails is complicated, and in today’s world, many are against the practice. So, if given a choice, should you too dock your Australian Shepherds tail?

What Is Tail Docking?

First, let us understand what tail docking is. Australian Shepherds are not the only breed that has their tails docked. A lot of animals who have a long tail often have them cut when they are young. Docking a tail means shortening it.

Docking can be done surgically – by cutting off the tail with surgical scissors or a scalpel. It can also be done using a rubber ligature. The rubber is wrapped around the dog’s tail in order to cut off blood supply to the end. This would make it so the tail dies and falls off itself after a few days.

These procedures are usually carried out when the dog is extremely young. Typically, tails are docked before a puppy is 5 days old. This makes it so the tail remains short as they grow up.

Puppies are usually sedated while the docking process is carried out. Docking is as painful as it sounds, which is why many animal lovers are against it.

However, not all dogs that have short tails have had their tails docked. Even some Australian Shepherds have naturally-occurring short tails.

Why do Australian Shepherds have their tails docked?

Many Australian Shepherd breeders have the dog’s tail docked while they are young. It is a very common practice, but what are the reasons behind this practice?

If the dog is going to be participating in dog shows or is part of kennel clubs, they have high aesthetic standards placed on them.

To be a viable contestant for these, the dog must fit a cosmetic standard. For Australian shepherds, a docked tail is part of this standard.

Having a normal length tail does not eliminate your dog from a show. However, Australian shepherds with docked tails are the most likely to win as they represent the highest standards.

Since these are the dogs more desired and exposed to the public, most breeders would want to have the kind of dogs that are in demand. Therefore, they dock Aussie tails even if they are just meant to be house dogs.

For Australian Shepherds, this is also an identifying feature of the dog, so docking is seen as attractive.

A long tail is more prone to injury. Australian Shepherds are very active dogs who love the outdoors. They come into contact with things like brush, weeds, tall grass, and bushes quite often. It is easy for a long tail to get snagged on these and get injured. Since a small tail is less likely to get caught and damaged, docking is a method used to prevent injury.

Making Tails Easier To Care For

Australian Shepherds are very furry, and their tails also have a lot of long fur. This can be difficult to care for, especially while they are young and untrained.

The fur on their tails might get tangled or matted. This can be extremely painful for the Aussie. Often, matted, or tangled fur has to be cut off if its condition is too bad to detangle it.

Additionally, keeping the tail clean is difficult. Dogs may dirty their tails after they make waste. This is especially true for younger dogs.

Since dogs often wag their tails, this dirt can then be transferred to the areas around the dog. It can even spread further on their coats. This uncleanliness can go unnoticed by their owner, and the Australian Shepherd might even contract an infection because of it.

This is a huge concern if your Aussie lives at home with you and often sits on your furniture or is present in the kitchen. It is also an issue for any children who might play with the dog.

For this reason, tails are shortened so that the dog can be cared for easily.

Australian Shepherds were initially bred to be herding dogs. Therefore, they often worked in fields and forests where there were burrs and traps for game.

Their tails would often get caught in these traps and harm them. For this reason, docking was seen as a way to avoid these situations.

Today, however, most dogs are house dogs, and so this reason would be redundant. It could, at times, be an issue if you wish to use your Australian Shepherd as a hunting dog.

The Dangers Of Tail Docking Aussies

There are significant risks to docking a dog’s tail. If your Aussie faces these issues, they will be permanent and great care must be taken before a decision to dock an Aussies tail.

Some believe that dogs with a docked tail are hindered. Such dogs would not be able to show a full range of emotions. The most typical picture of a happy dog is one that is wagging its tail. They also use their tail to signify if they are depressed, anxious, afraid, or excited. With a docked tail, none of this would be possible.

Since this is a method of communication for dogs, it may present an Australian Shepherd with issues when they encounter other dogs. They would not signify their emotions, so their other dog may misunderstand them and potentially attack them. A confused dog may fight with or bark aggressively at your Aussie because of their docked tail.

Some also argue that dogs with docked tails have problems with maintaining balance. Australian shepherds are very active and love to run around outdoors. They also use their tails while swimming. For these reasons, a docked tail could make them unable to enjoy their time outdoors completely and might even endanger them.

Medical professionals even say that docking is an unnecessary risk. Docking might make a dog more prone to a nerve tumor as the tail has been unnaturally severed from the dog. The American Veterinary Medical Association opposes the practice of tail docking and discourages it.

There are some medical issues an Australian Shepherd can face after its tail is docked. Docking can damage their nerves and leave them with a lifetime of chronic pain in the area. It can also cause incontinence where the Australian Shepherd is not able to control their bladder. This illness can then pass down to their puppies.

The main reason that docking is such a controversial subject is because the process is very painful. Even very young puppies are able to feel pain. They would be in great discomfort for a good while after their tails are docked and have not healed properly. Many believe that docking is inhumane and that no dog should be put through it.

Is Docking An Australian Shepherd Tail Worth it?

Now that we understand the reason behind the practice of tail docking, you can consider if it is worth the pain a dog would go through. The practice is still common, but there is a growing resistance to it.

With the owner’s needs and the dog’s safety in mind, all people should consider the risks before docking an Australian Shepherd’s Tail. 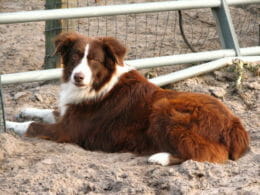 How Smart are Australian Shepherds? 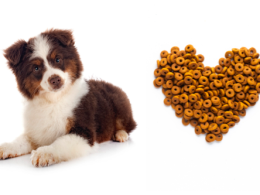 How Much To Feed A Mini Australian Shepherd Puppy – Feeding Chart 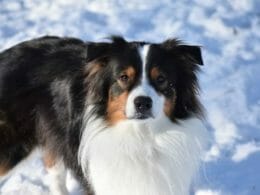 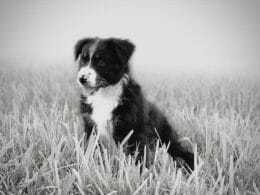 Can An Australian Shepherd Have Short Hair?